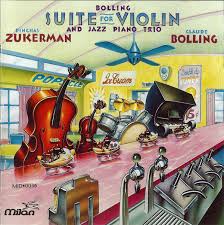 Join AmiciMusic for a thrilling crossover program exploring the connections between classical and jazz music through the works of Claude Bolling, William Grant Still, George Gershwin, and Leonard Bernstein.  This program features Bolling’s incredible Suite for Violin and Jazz Piano that was written originally for Pinchas Zukerman plus fantastic arrangements of songs from Gershwin’s Porgy and Bess and Bernstein’s West Side Story.   Tim Schwarz, violin, and Daniel Weiser are the featured performers.  Formerly known as the Upper Valley Duo, they got their graduate degrees together at Peabody and were the 1996 U.S. Artistic Ambassadors of Music, which resulted in a two month tour of the Middle East and Southeast Asia playing American music. Don’t miss this fantastic program connecting the worlds of classical and jazz music!

Check out this video of Tim and Dan playing some Gershwin together: 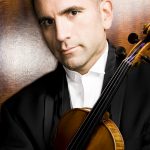 Join us for our first program in Pompano Beach at the Herb Skolnick Center.  Tickets are only $15.  Click on the link below to buy your tickets in advance:  https://www.eventbrite.com/e/amicimusic-performs-jazzical-tickets-75783310923

We return to the amazing condo of Barry Dingman and Joel Cohen overlooking the St. Petersburg waterfront.  A full meal and drinks are included for only $35pp.  This is the second of two consecutive programs at Barry and Joel’s home.  Seating is limited and reservations are required.   This program will sell out so buy your seats now by clicking on the yellow “Add to Cart” button below!   You can buy multiple seats on the following screen.  All major credit cards are accepted and you do not need to have a PayPal account.  You can also purchase seats over the phone by calling Dan Weiser at 802-369-0856.

SORRY!  THIS CONCERT IS NOW SOLD OUT!!!