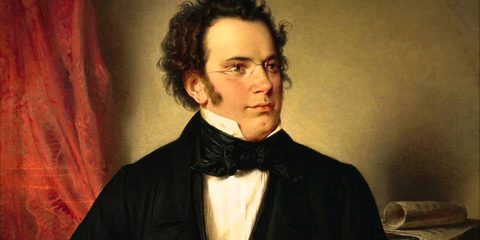 This four-part Zoom course will highlight the very short, but musically-filled life of the great Franz Peter Schubert, one of the greatest melody writers of all time, who lived mostly in the shadow of the great Beethoven during his life in Vienna.  Indeed, he was a pallbearer at Beethoven’s funeral, which may have led to the illness that killed him just a year later.  Though his music was mostly unknown to mass audiences while he was alive, it has become a standard part of the repertoire, helping to bridge the gap between the highly structured Classical period and the new, more emotional, introspective Romantic period of the 19th century.  He is also credited with being one of the main developers of the Lied, or German song, which perfectly blended poetry and music into a new art form.  I will focus on performing his incredible piano works including numerous Sonatas, Impromptus, Fantasies, and more.

You can register below for the whole four-part course or you can also register for selected classes if you prefer.

Click on first option below if you are already signed up for the course and want to pay for the extra (5th) Schubert class on Feb. 24.  If you are new to the course and want to sign up for either the three remaining classes live or the full five class course (I will send the Zoom recordings of previous classes), click the arrow below to see those options.  Register below using any major credit card.  You do not need to have a PayPal account.  If you prefer, you can also call me at 802-369-0856 to do a credit card over the phone.  I will always record every class so I can send it to you to watch on your own time if you can’t come to any particular class.