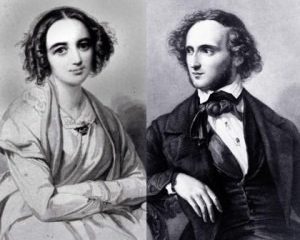 The Mendelssohn family was one of the most prominent in Berlin during the early part of the 19th century. This four-part class will explore their fascinating story, beginning with Moses Mendelssohn, a hunchback who came out of the Jewish ghetto to rise up into the intellectual elite of Enlightenment Germany, to his son Abraham, who helped establish a great banking empire, to his son Felix Mendelssohn, one of the greatest child prodigies and composers of the Romantic period.  Abraham’s wife, Lea Solomon, was a powerful female force who came from another prominent Jewish banking family, while their daughter, Fanny, showed similar musical talent as Felix and composed powerful and emotional Romantic music that has largely been forgotten. This class will highlight how sexism and the cult of motherhood played a key role in limiting Fanny’s musical output. We will also focus on the role of religion and anti-semitism in Felix’s compositions, highlighting how it may have affected his musical style as well as the historical appreciation of his music over time.  I will perform numerous pieces by both Felix and Fanny in my Guilford home where the class will take place.  I also hope to add a guest artist or two to play some of their chamber music.

Sign up for all four classes at a cost of $125 or come to individual classes for $35 each.  Classes will be on Tuesday mornings from 10-12 starting on July 9 and continuing until July 30

The classes will take place at my home in Guilford at 208 Northway on Tuesday mornings from 10-12 starting on July 9 and ending on July 30.  You can sign up for the full course below for $125 or you can pay for individual classes for $35 by clicking on the arrow below.  All major credit cards are accepted and you do not need to have a PayPal account.  You can also call me at 802-369-0856 if you prefer to pay by phone.